Another post that’s all about tan – can you tell I’m obsessed? I was tempted to buy the Loving Tan tan a while ago, but I was a bit put off by the price – it’s €35.45. Which is a bit pricey for a tan! So when TRND Beauty sent it out to me to try I was SO excited**. I was basically like a child at Christmas.

TRND Beauty is the only Irish stockists of Loving Tan right now. Loving Tan is an Austrailian tanning brand, and describe their tan as luxurious. The tan that I was trying out is the Deluxe Bronzing Mousse in Dark. It’s described as having a “hydrating aloe vera base, enriched with vitamin extracts and powerful antioxidants.” It’s also said to have a high concentration of active ingredients, to give a darker tan faster.

So obviously I was so excited to try it. I’m a massive tan addict and this just sounded PERFECT. 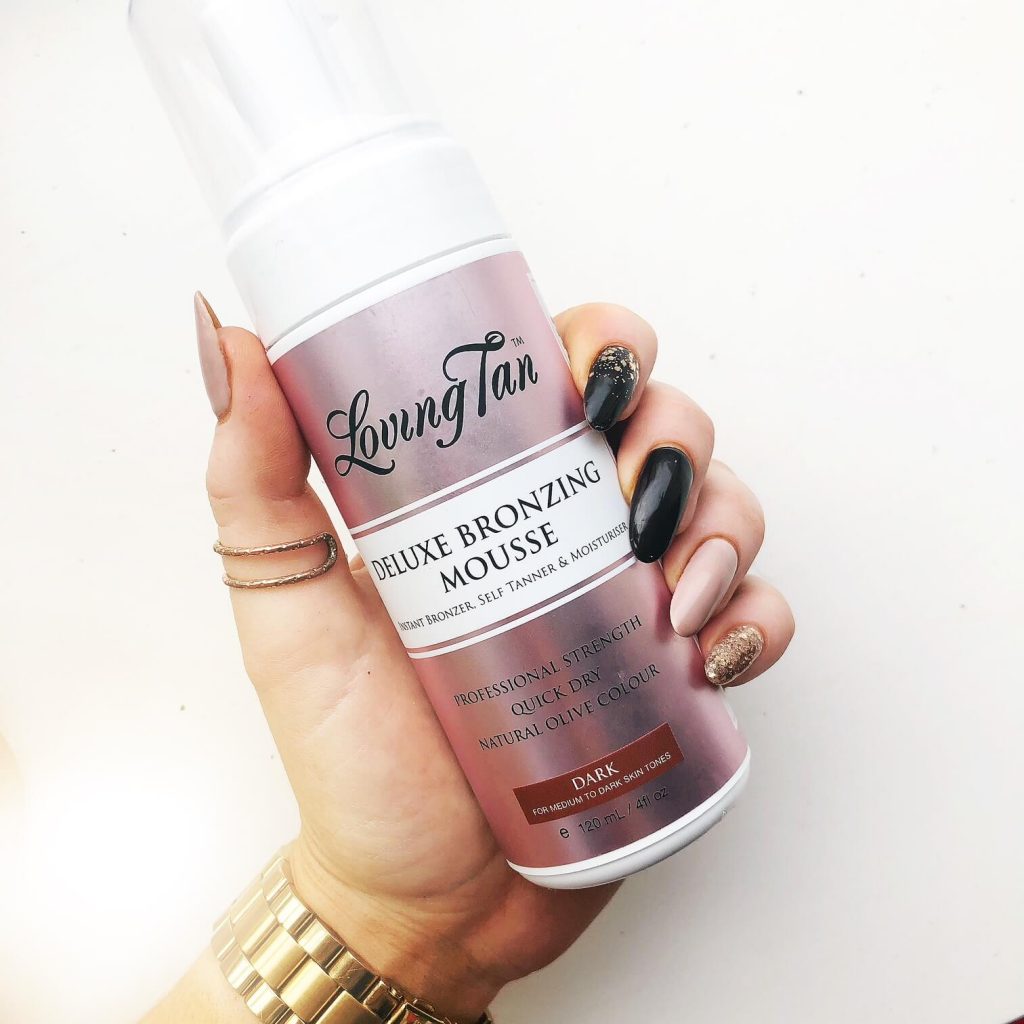 I couldn’t be any paler if I tried. I HATE not having tan on, so I’m always wearing it! But showing the difference of the before and after just shows how dark this tan is.

How FAB is that colour? I was just obsessed straight away. It blended so easily and tried super quick. But not so quick that you’re like a mad woman trying to blend it. The guide colour is quite nice, although there’s almost a red hue to it. The smell is so familiar – it’s not a fake tan kind of smell, kind of a coconut smell. So far, I thought it was fab.

I left it on for almost eight hours before rinsing it off. The usual thing happened where you see that gorgeous dark shade running down the drain – it’s actually kind of upsetting! After showering the guide colour off, I wasn’t as in love with it. The colour of my arms was really lovely, although if I was going out I probably would have liked it a bit darker. There was basically nothing left on my legs. This happens so much with fake tan, that it just doesn’t come out as nice on my legs as my arms. As far as I know, this is because the skin on say your shins is a lot thinner than on your arms so it doesn’t settle in as well?

In some lighting, it looked quite natural on my legs, and in other light, it looked like I had nothing on my legs. But it was definitely a lot paler than my arms. 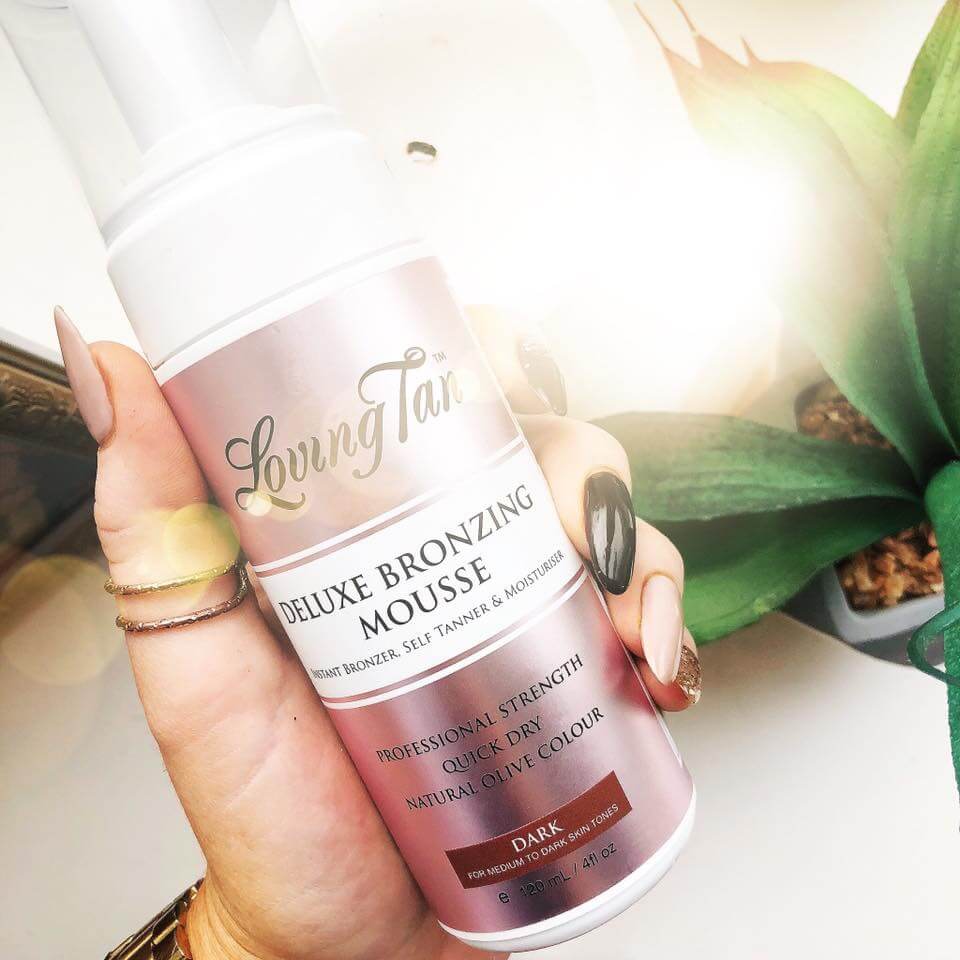 So I thought I’d go for two layers. After two layers, the colour was AMAZING. I was so impressed with the colour. But really, for the price of this tan, I don’t think it should need two layers.

It didn’t wear off as nicely as I hoped. Three days later it was SO scaley. I had seen so many amazing reviews of this online, so I was a bit meh.

It was also not the easiest tan to take off. Which is both a good and a bad thing!

I really, really wanted to love this. But I just didn’t. I tried so hard, I did my usual routine and then tried a couple of different things and it was just meh – bar the fab colour.

I think there are a lot nicer tans out there for a cheaper price. Like Bellamianta and Iconic Bronze.

I’m almost certain that this tan just didn’t work out with my skin for some reason. The reviews of it are so good, so it must have just not been mad for little me! Although I am very tempted to try the Ultra Dark. I think I will have to try it, just to see the differences! I love trying out new tans anyway. So I’m going to try the Ultra Dark and see what happens.

** TRND Beauty sent me out the Loving Tan to try out, but I wasn’t asked to write or post anything and obviously wasn’t paid. I’m part of a TRND Beauties group since before Christmas, so they’ve sent me out a nice few bits to try. I’m only delighted to try them out because they’re all products that I would have liked to buy anyway.

Making the Most of Your Daily Commute