I love a fab mascara, who doesn’t? I’ve been using Benefit’s ‘They’re Real’ mascara on and off for a few years now and I loved it (I actually put it in my ‘Beauty products that are worth another buy’ post). But I love a good budget buy. I’ve tried loads of cheaper mascaras that have amazing reviews, but they never work out for me. My eyelashes are naturally long, so with the cheaper mascaras I always end up with a big black line under my eyebrows before the end of the day (first world problem, I know!). I’ve been using Flormar’s ‘Precious Curl’ mascara for a while now, and I actually think it’s fairly similar to Benefit’s ‘They’re Real’. So I thought I’d compare the two here! 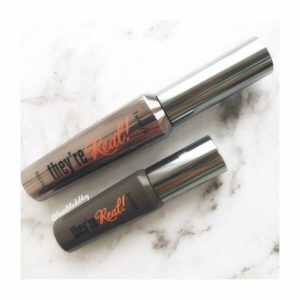 I’ve been using ‘They’re Real’ for ages now and I just love it. It makes your lashes look AMAZING. It lengthens and curls the lashes perfectly and it doesn’t budge all day, it really does have amazing staying power. Saying that, it’s an absolute pain to remove. I use Nivea Double Effects eye makeup remover and I find that works best with it, but it’s still a bit of an effort. I tried the ‘They’re Real’ remover itself and I just thought it was AWFUL – completely not worth the money. That’s the one thing I really don’t like about this mascara. It’s also €26, which I don’t mind paying if it’s a fab mascara, but it’s always nice to have a cheaper option too.

The wand is great for separating lashes and lifting them. It also has a small little ball with bristles on the end of the wand to really get into those small lashes in the little corners. Because you can catch every little lash with it, it instantly makes your lashes look bigger and like you have more.

Below is a picture of ‘They’re Real’ on. I just love this mascara. I’d definitely buy it again, but I would stay away from the set that has the original size mascara and the mini size free with it. The mini size of ‘They’re Real’ that I got free with the full size actually smudged and moved around throughout the day. I’m not sure if I just got a bad one, or the formula for the smaller size is different. 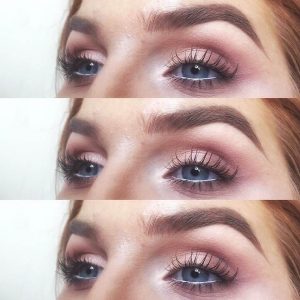 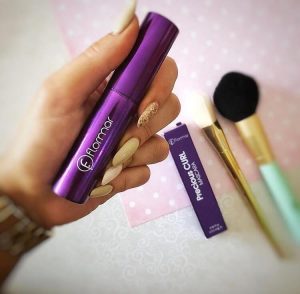 Anything I’ve tried by Flormar so far I have absolutely loved. I’m going through a bit of a Flormar binge at the moment, so when I seen people raving about this mascara I decided I had to give it a go. I picked it up for a tenner in Penneys (or €9.95 to be exact). Even if I didn’t love it, at least I wasn’t spending a fortune on a mascara.

I’ve been using the ‘Precious Curl’ mascara almost every day for about a month now and I’m really liking it. It curls the lashes perfectly as well as lifting them and adding volume. There’s a small bit of transfer throughout the day, but nothing compared to other mascaras I’ve tried. The amount of transfer doesn’t really bother me because it’s so slight and it doesn’t happen every time I use it. 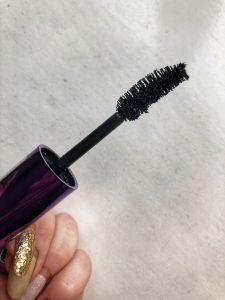 Below is a pic of the ‘Precious Curl’ mascara on, I would 100% buy it again. It’s also not half as hard to take off, which is always good! 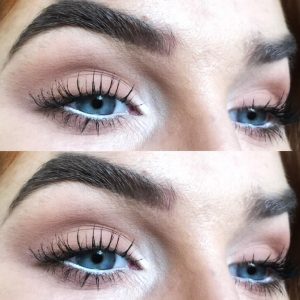