I know a lot of people aren’t too fussed about mascara, as long as it does the job it says on the tin. But I can be fairly picky when it comes to mascara, and I’m yet to find the love of my eyelashes life. I do have a few firm favourites, but not one that ticks all the boxes. I’d like to say that the Fenty Full Frontal mascara did that for me, but nope. It has its good points, but it also has it’s bad points too. Here’s my full Fenty Full Frontal mascara review.

What does it claim to do?

The formula is to meant volumise, lengthen, lift & curl lashes. Plus to grab and expose every little lash. The fatter side of the wand holds max product to quickly load and lift lashes, ideal in a hurry. While the flat side defines and curls. It is also meant to build easily, have a long-wear formula and be water-resistant while standing up to smudging, sweat, and tears. It’s a whole lot of big promises, tbh. 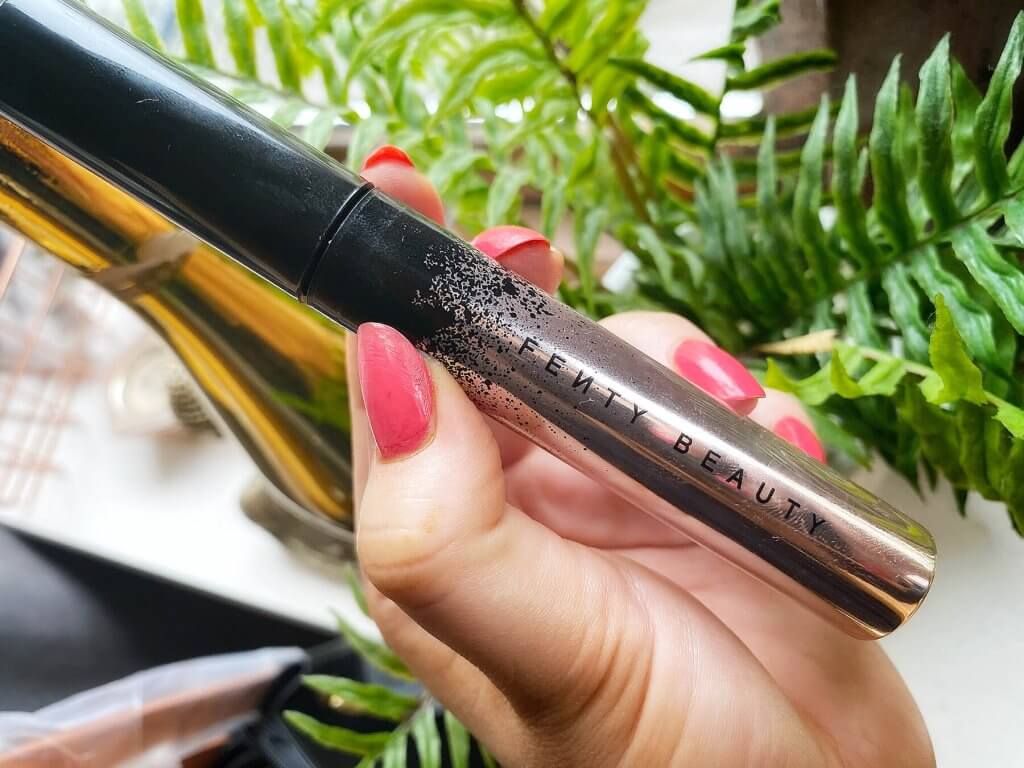 Honestly, it’s pretty gorge on. I love that if you angle the brush differently, you can get a slightly different finish, every little helps! I thought my lashes looked lengthen, curled upwards, and full of volume. Love that for me.

Only it all went downhill later on in the day. Transferring little by little, I had two black lines around each of my eyes by the end of the day. Never a good look. I’m one of those annoying people that were blessed with long lashes, so mascara transfers pretty easily on me because there’s, well, a lot of contact. Granted, it wasn’t as bad as others I’ve tried. But I’m still sure that a €24 mascara should be able to stay out on my lashes. 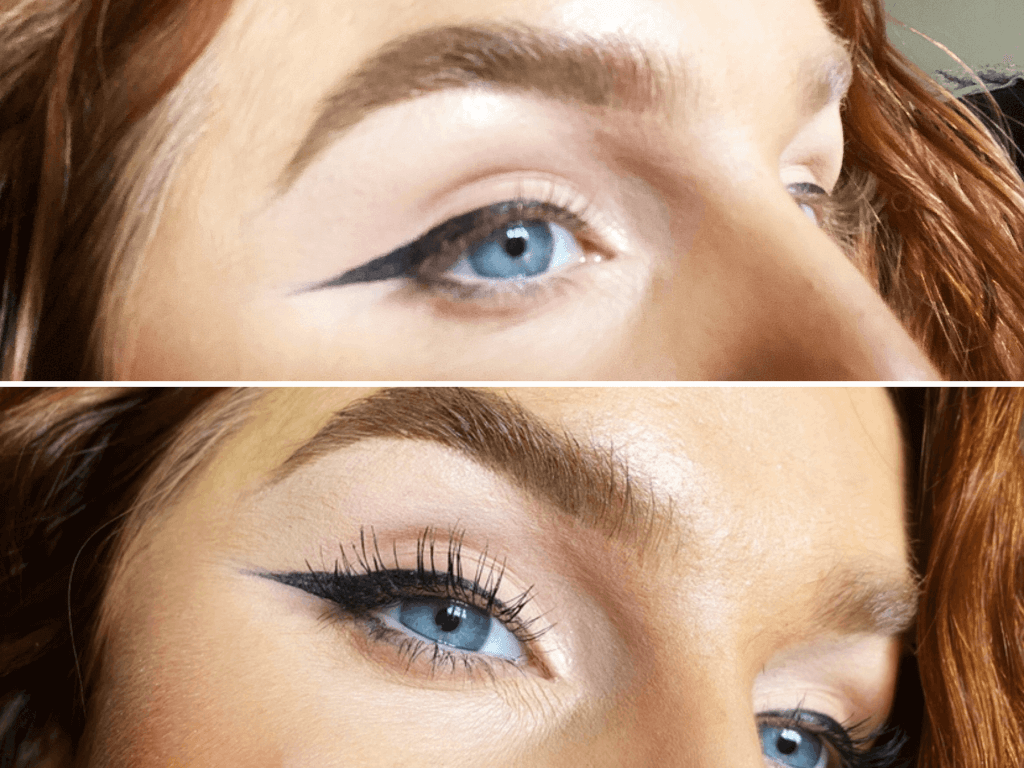 Other than that, it wore pretty well. It didn’t wear down during the day, no flakes, and my lashes looked fab. Other than it transferring in the usual places for me, it didn’t smudge after a nap – which is ALWAYS a plus.

Another benefit of it is that it’s not that difficult to take off. There’s nothing worse than stubborn eye makeup, but thankfully this doesn’t play into it.

Is it worth the money?

Granted, for a higher-end (compared to usual pharmacy bought mascaras), it’s fairly average priced. While I liked it, I don’t think I’d go out to spend €24 on it. There are mascaras around the same price, and even cheaper than that I’d sooner spend money on. Although if you never have a problem with mascara transferring, you’ll more than likely love it.

Read Next: 5 Of The Best Products For Short Hair

8 Of The Best Beauty Products Under €50