I’m not going to kick this off by saying how much I love a gorge fake tan; I swear I won’t. But when it comes to fake tan, I have a few that I usually gravitate towards again and again. Although I loved the look of SOSU’s Dripping Gold, it’s not one of my all-time favourites. Simply because it’s SO SO (slight pun there) hard to take off. I don’t know if it just tends to cling to my skin or what the craic is, but it’s basically a workout and a half trying to remove it. But when the new liquid version was released, I felt I had to give it a go. Here’s how I got on with the new SOSU Dripping Gold Liquid Luxe tan.

Basically, the Liquid Luxe tan from Dripping Gold claims to glide on effortlessly, melt into the skin, dry quickly and have a gorgeous ready to wear colour. On top of that, the finish is supposed to be a long-lasting, airbrush effect tan, and wear off like a dream too. Plus, it’s packed with plenty of hydrating ingredients, like hyaluronic acid, goji berries, Vitamins A & E. Honestly, it sounds amazing. But of course, it does.

I decided to bite the bullet and just buy it. I decided to go for the dark, rather than the extra dark, just to see what it would be like. So, I scrubbed off all remaining tan, like I usually would applying a fresh tan, and popped some moisturiser on my elbows and knees just like normal too. 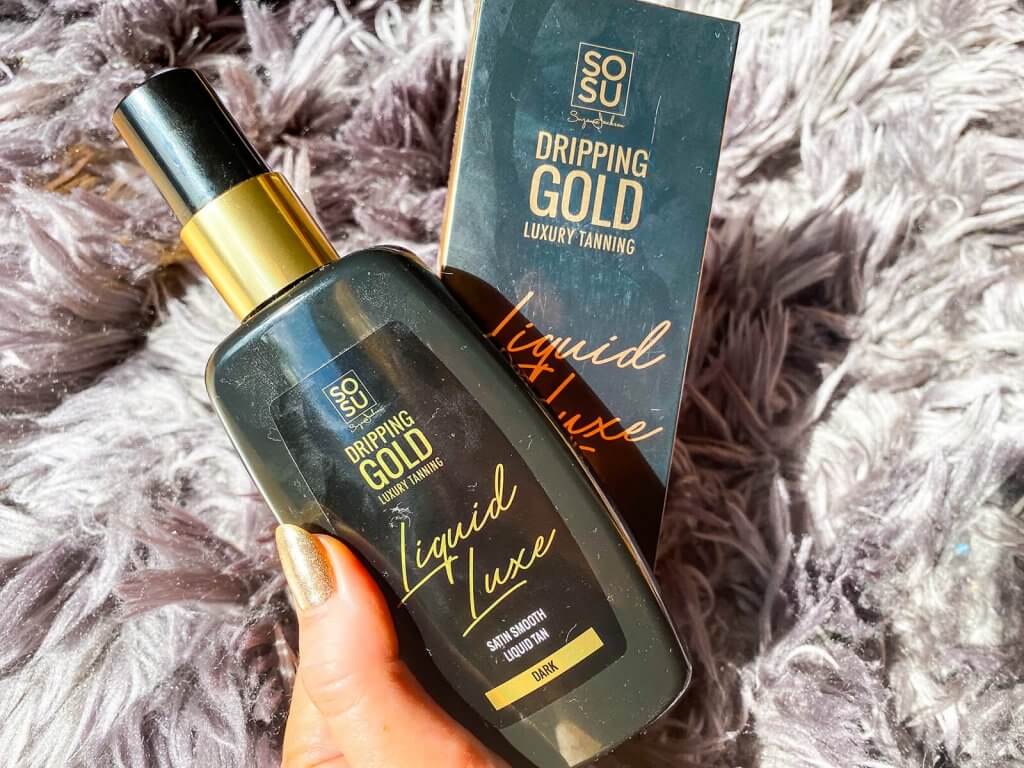 First up, it’s handy that like other liquids, you don’t just pour it out of the bottle. Instead, there’s a little spray, so there’s no faffing about trying to keep the liquid balanced on the mitt. This was one thing I was a bit nervy about because there’s nothing worse than pouring out too much product. The guide colour was fab, you know the kind of shade that you could easily throw on and go? This is it and it smells great too, always a plus.

One thing that I did struggle with, was that because it dried so quickly, it was slightly hard to work with. I love a tan that dries quickly, but if it doesn’t give you much time to blend, that’s when it becomes a problem. Once you get used to having to tan quicker than normal, everything else was pretty much easily.

Once that was all sorted, I left it to develop overnight, to see how it’d be in the morning.

How does it last?

Post-shower, it wasn’t the worst I’ve ever since. A little did come off, but not so much so that I was pale again and all my tanning efforts were quite literally gone down the drain. The dark shade is gorgeous. There’s literally zero orange tint off it and for a deep tan that’s a stunning colour, it looks, dare I say, natural. The first time I gave it a go, I decided to not moisturise daily as I usually would, just to see how the tan would last on its own. Granted, if you don’t take care of your tan it’s not going to last as well. Without daily moisturising, this lasted pretty much perfectly for about three days. Then, when it came to taking it off, it wasn’t the easiest tan ever, but it was in no way as difficult to take off as the Dripping Gold mousse. 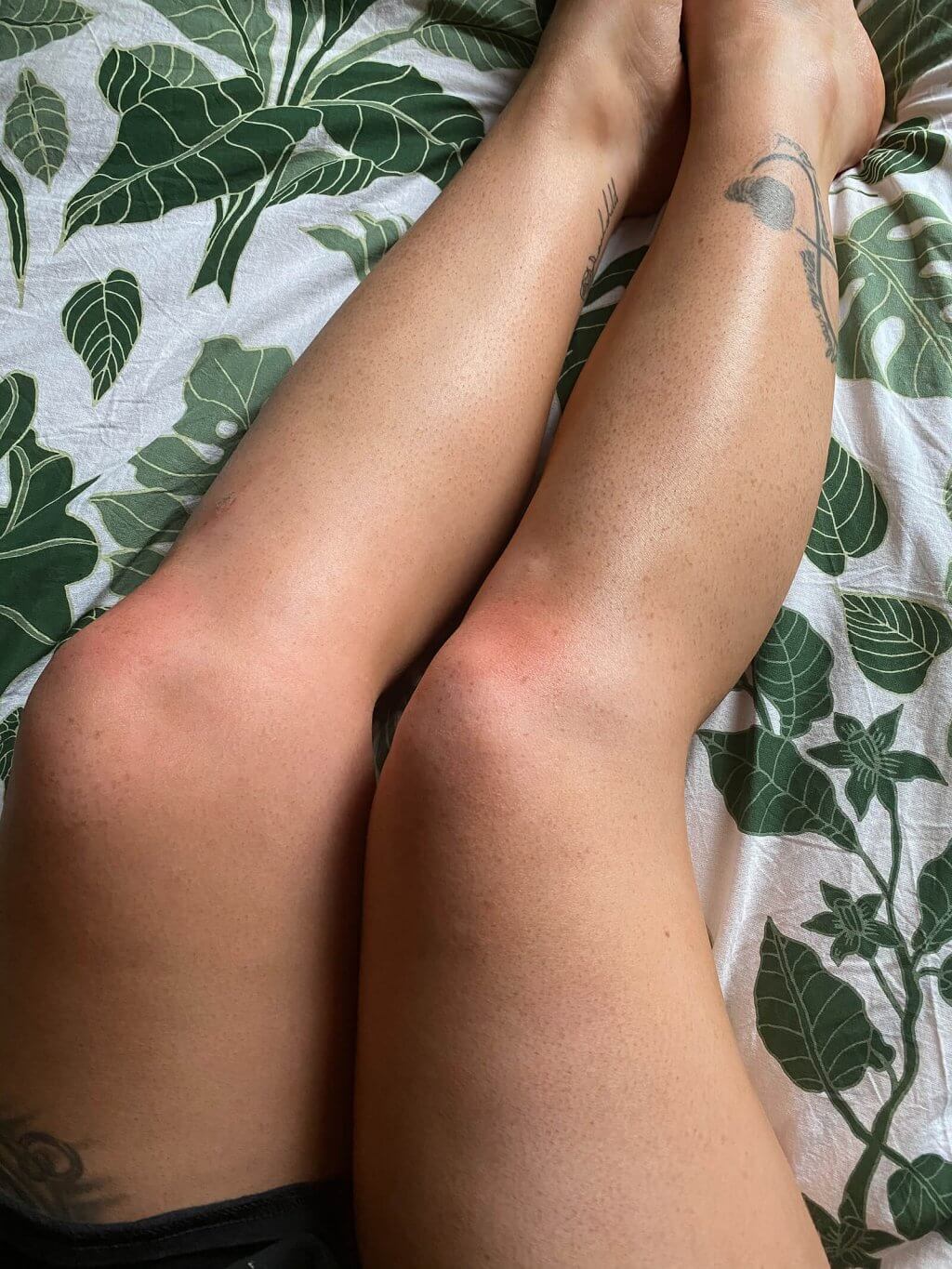 Once I tried it the second time, along with moisturising daily, it lasted beautifully for almost a week. Except for hands, but they’re an exception after all. If you’re a fan of liquid tan, I’d say 100% give it a try. Once you work quickly, it’s easy to apply and the colour pay off is stunning.

I think I probably would buy it again, but given that it’s €20, I’d probably sooner buy Bare by Vogue mousse, or even Dripping Gold mousse. But then again, I’ve always been a mousse gal at heart!