Let’s get it out there, there’s nothing worse than having a hard time getting a nasty tan off. Especially when you’re constantly tanned, and need to get that nastiness off before the next fresh, fabulous layer. I’ve been dying to try out the Iconic Bronze tan remover for so long, but couldn’t get my hands on it anywhere. I settled for Cocoa Brown Fresh Start which I’ve been using for a while now. Then I spotted a deal that I couldn’t pass up on the Bondi Sands remover. So I thought I’d compare the Bondi Sands against the Cocoa Brown tan remover right here! The real tea. 😀 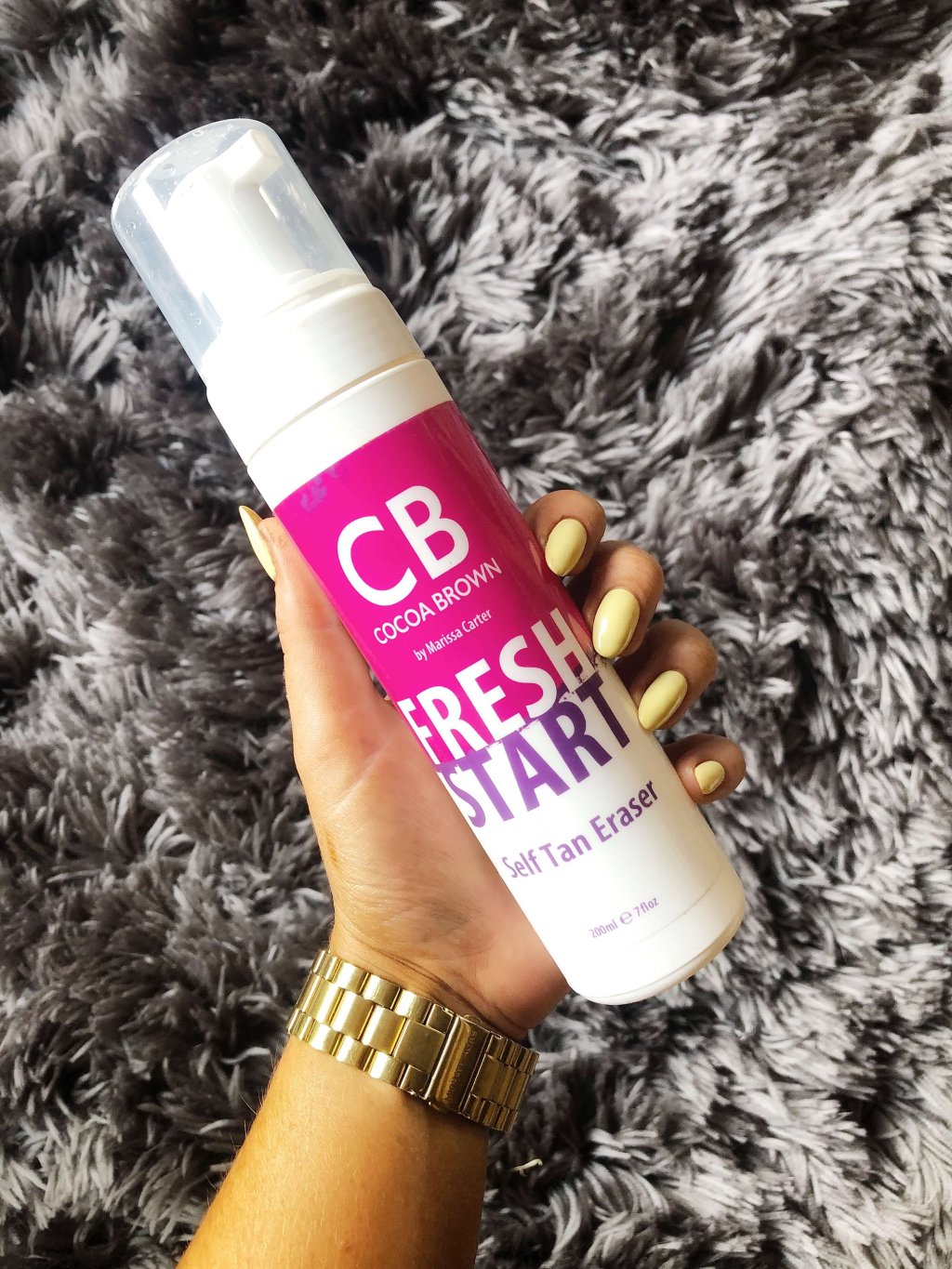 I’ve probably gone through around three bottles of Cocoa Brown Fresh Start at this stage. I’m not the biggest Cocoa Brown fan anymore, but Fresh Start does exactly what it says on the tin. I usually leave it on for around ten minutes, and then go over my skin with an exfoliating glove before hopping into the shower. No exaggeration, it makes my life ten times easier. I usually do a full body tan two/three times a week, so this definitely helps! Check out the below for the before and after – no judgment on the before, we’ve all been there! I’ve got a little more detail in my post ‘Three Products I Can’t Get Enough Of‘. 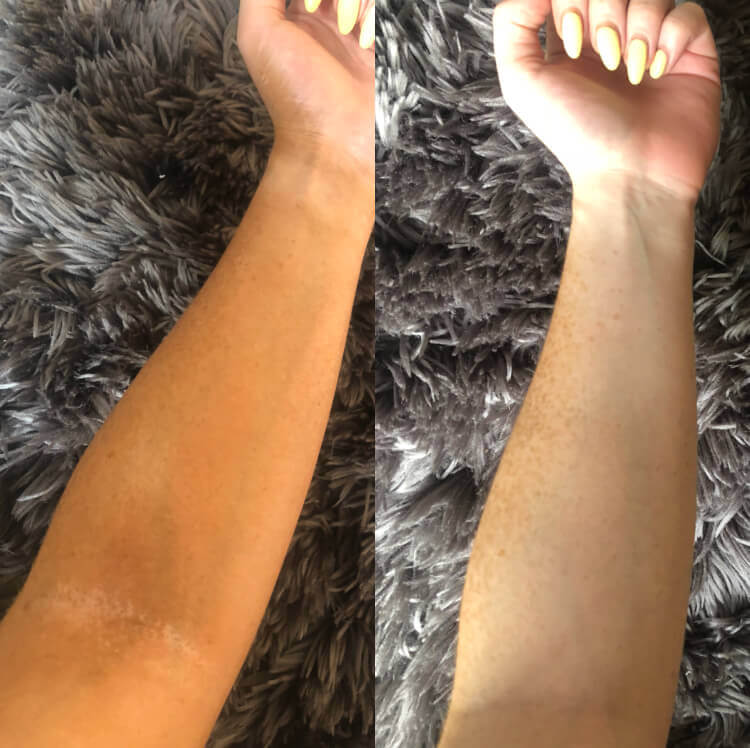 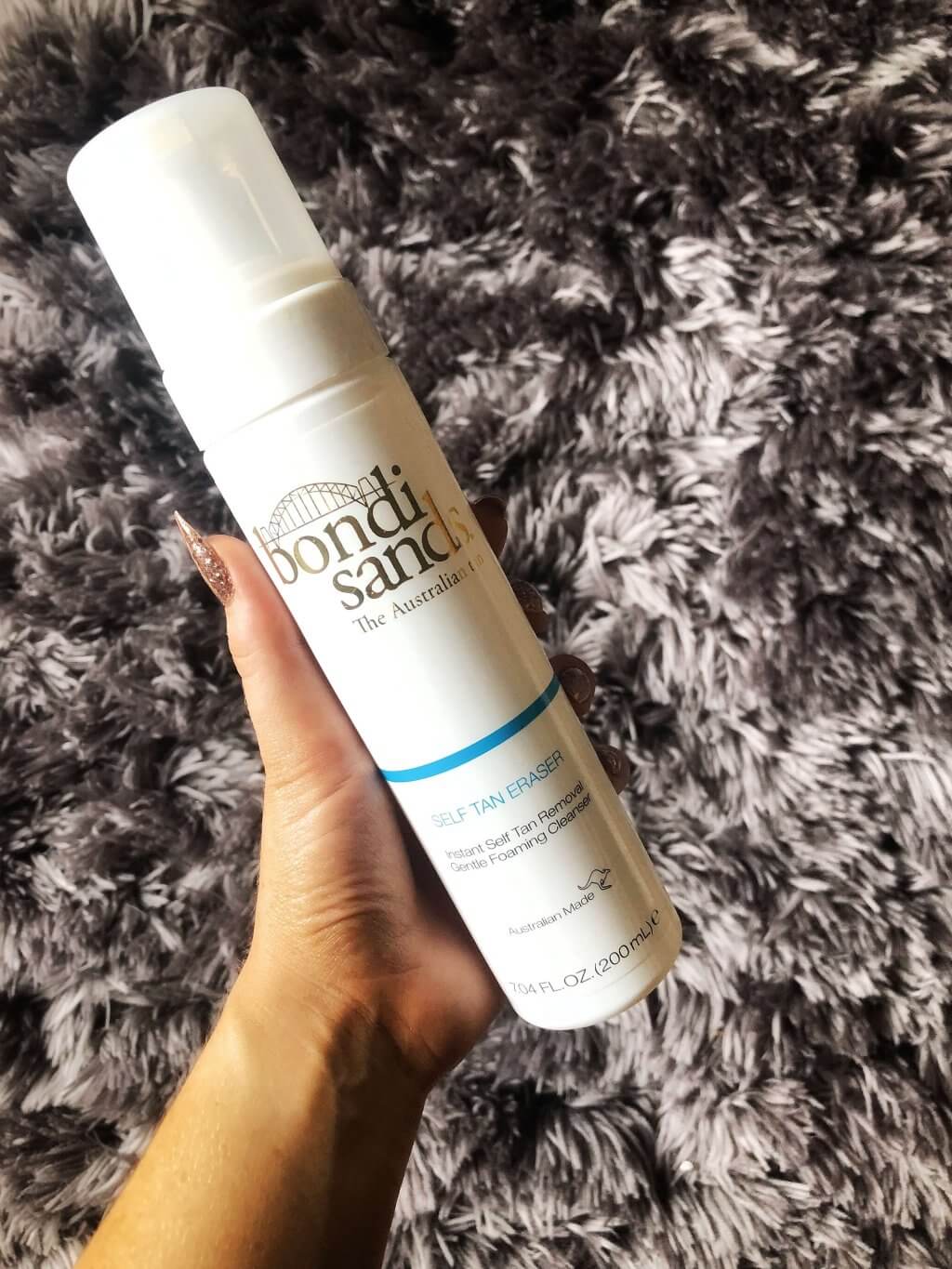 The Bondi Sands tan remover is I think usually around €20, but I got a deal on the Bondi Sands dark mousse and their tan remover for €25 in Boots. So obviously I couldn’t say no, I was basically saving money. The Bondi Sands tan remover is almost twice the price of Fresh Start, so I was a bit skeptical whether it was going to be amazing or not worth the money at all. The whole ‘how to use section’ is basically the same, use on preferably at least three-day-old tan and leave on for at least five minutes. The mousse itself is super smooth, but the smell nearly choked me. It was a few minutes before I realised what the nasty smell was. Hair dye. It smells the exact same as DIY hair dye. So that’s not ideal! But I left it on for between five to ten minutes and hoped it would make the Nice & Easy stink in my apartment worth it. It definitely didn’t feel as sticky as Cocoa Brown Fresh Start, but it basically did the same job. I ran my exfoliating glove over my dissolving tan before I hopped into the shower and it was gone in less than two minutes. It seemed to slide off pretty easy, even in the awkward parts. I didn’t do a before and after with the Bondi Sands because firstly, I completely forgot! Secondly, the result is basically the same as the Fresh Start before and after.

Which is Worth the €s?

One thing that really turned me off the Bondi Sands was the smell, it’s actually so strong. I don’t think I’d buy it alone for €20, but I would definitely buy again if I got the same deal. Cocoa Brown Fresh Start is 100% worth the €12, so I’ll be buying that again! Although if I do eventually get my hands on the Iconic Bronze remover that could be a different story – check out why right here.