There’s been a whole lot of controversy about Cocoa Brown on social media in the last while, but either way, if I like a product I’m going to use it. I’ve always like Cocoa Brown, and if you’ve read any of my reviews on tanning products, or follow me on any social media (shameless plug, I’m @beautitudeblog on everything :)) you’ll know that I LOVE a dark tan. So, obviously I was excited to try Cocoa Brown’s Extra Dark mousse. 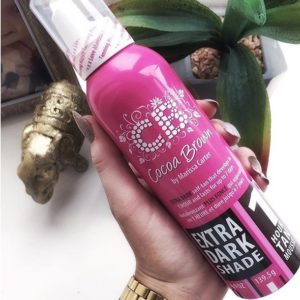 So, the application was the same as any other Cocoa Brown mousse, I’m sure everyone knows what that’s like already. It didn’t look any darker than the other ones when I first put it on, so I left it on over night before rinsing it off the next morning. I only put on a light layer, not too light but I didn’t want to put on a massive amount, just in case!

But after rinsing it off the next morning, I’d definitely be putting more on from now on. It’s a nice colour, but the first time I used it I’d describe it as natural, 100% not extra dark. It basically only left a light tan on my legs, and a bit darker everywhere else. I’ve seen it on other people online and it looked so amazing and so, so dark. So then I scrubbed that off and went for a heavier layer (does that even make sense?), it came out a lot darker than the first time, but still not as dark as I was expecting. 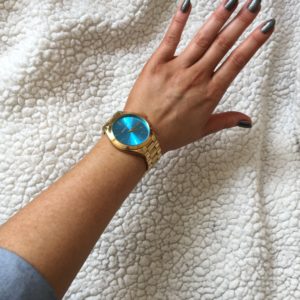 So here’s what it came out like the second time. It is dark, but there’s just something about it that left me a bit disappointed! I’d buy it again, because I do like Cocoa Brown tan and may as well go for the extra dark, but it wouldn’t be my go to for a night out if I wanted my tan to be dark dark. It lasts well and doesn’t smell, just like the other Cocoa Brown products. It’s super easy to put on too.

It probably is extra dark for some people, maybe I’m just used to wearing a dark tan! But comparing to what I’ve seen online and in other reviews, maybe those people just aren’t naturally milk bottle white like I am! 😀

5 Ways to Survive Your Last Year of College