Whenever there’s a new eyeshadow palette released I always want it. Sometimes I get over it and sometimes it’s stuck in my head until I buy it. Two palettes that I couldn’t get out of my head were by Blank Canvas, the Master Series One palette and the Pippa palette. I was mad for the Pippa palette because it looked gorgeous, I loved the shades and it seemed so handy because you’ve got a few eyeshadow shades there, as well as blush, bronzer and highlight. I’m a fan of Pippa O’Connor too, so of course I wanted the palette! As for the Master Series palette, I was just dying over the colours of the eyeshadows in it, SO FAB. 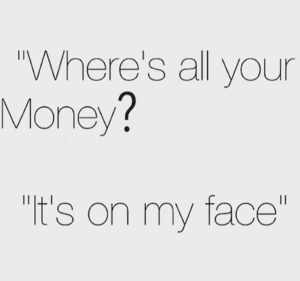 Right now I’m using one of them everyday and the other one I thought was so useless so I gave it to my niece. I just think it’s a bit odd, because both palettes are by Blank Canvas and I’m 99% sure that they both have the same ingredients too…

I’m sure lots of people love this palette, but in my opinion, I would probably have been better off (& more satisfied) spending that money on a Chinese. I loved the idea of the palette, and I was in love with the lightest eyeshadow ‘Lily’ and the highlighter ‘Lulu’. But other than that I thought the rest of the shades in the palette were awful. I loved the actual colours of them, but they weren’t pigmented at all – unless I spent ten minutes pressing and swiping them on. I was so excited to try out the shade ‘Dodo’ especially, it’s like a brownish brick-red shade. But I was literally like ‘what is this’ when I first tried it out. So I basically used the palette as a handy mirror, and when ‘Lily’ and ‘Lulu’ hit too much pan I just got rid. I just don’t understand how the pigmentation in this palette is so bad. I like to think that I know how to put on eyeshadow, so it couldn’t have been me doing anything wrong!? Who knows… 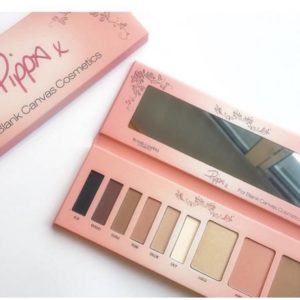 I’ve literally never had a palette that I use as much as this one. I love all the shades in it. They’re all warm toned and matte, bar one that has a gorgeous shimmer in it. It’s a perfect palette for both day and night. The darkest shade ‘Corruption’, in this palette is fab, and the colours lead up from this shade to a bright matte white eyeshadow ‘Lily’ (I’ve literally just realised the matte white in the Pippa palette is called ‘Lily’ too hmm), with gorgeous orange, brick red and brown shades in between. The colours in it are just amazing. I have mine a few months now and I’ve hit pan on so many of the shades that it’s just painful at this stage. I’m 100% buying another Master Series palette after I’ll have to say goodbye to this one. It has to be my favourite palette EVER. 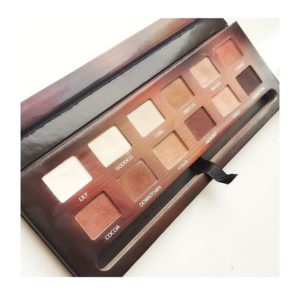 So, if you’re going to treat yourself to a Blank Canvas palette, I would definitely go for the Master Series palette, and maybe a Chinese instead of the Pippa palette! Sorry Pippa… 😀

Highlighters that are 100% worth a buy