Last Thursday, the Xposé & Benefit Awards kicked off in Dublin, where Caitlyn Jenner happened to be when Kylie was in labour (!) – a night full of Moët, awards, fabulous people and a brand new Benefit product. With astronauts coming down from the ceiling, Benefit literally launched Bad Gal Bang with an actual bang. I was lucky to head along to the Awards with work, so I got my hands on the mascara that night. The mascara landed on our table in a fabulous pink, space-themed box and it looked amazing. After three days of it sitting in the box, I finally got to pull it out and give it a proper go. 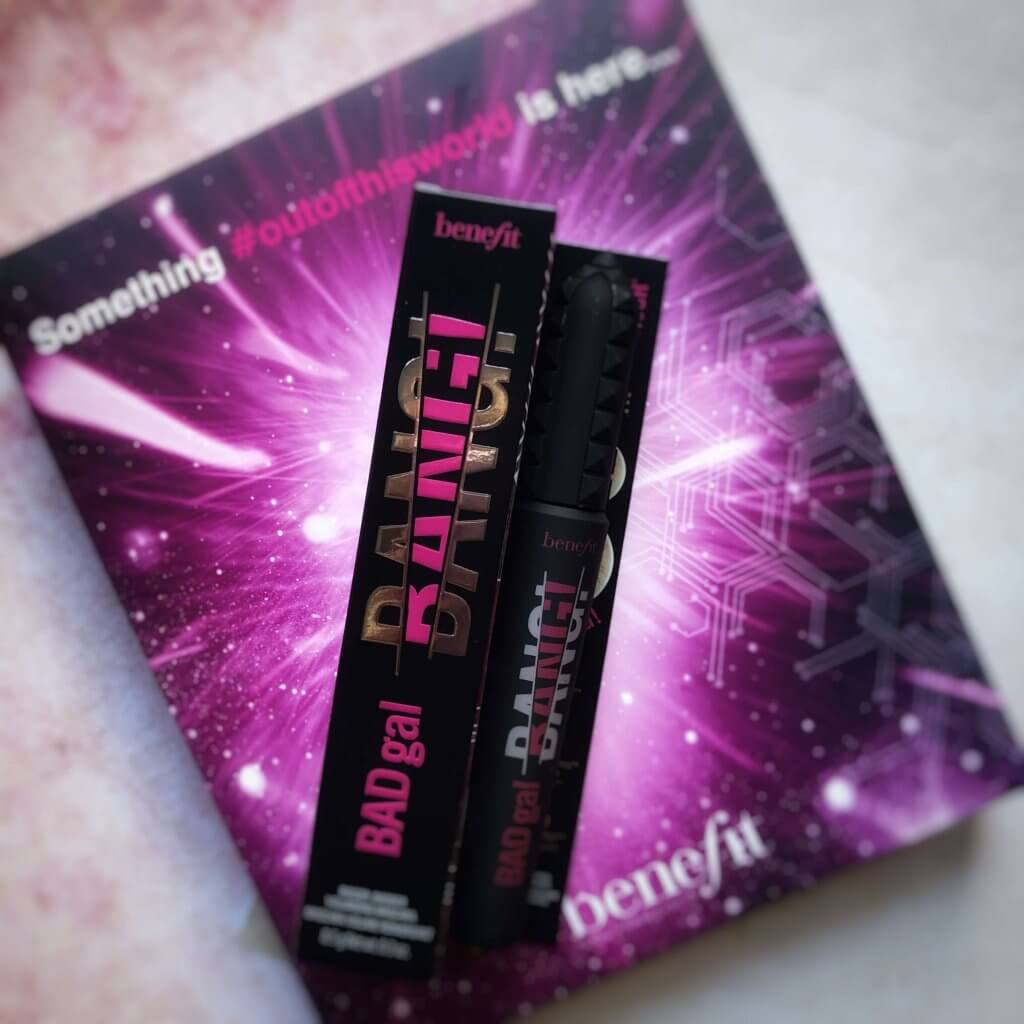 What It’s Suppose To Do…

So, the Bad Gal Bang mascara promises an awful lot. It’s all about the volume, as well as lengthening and lifting. Along with a lightweight feel for layering, 36-hour wear, waterproof, smudge-proof and flake free. It’s priced at €27, but you can also get a mini for €12.

The packaging is just fab. It has a great grip on it too, so it won’t accidentally fling out of your hand when you’re trying to put mascara on in a rush. Don’t say it’s never happened! 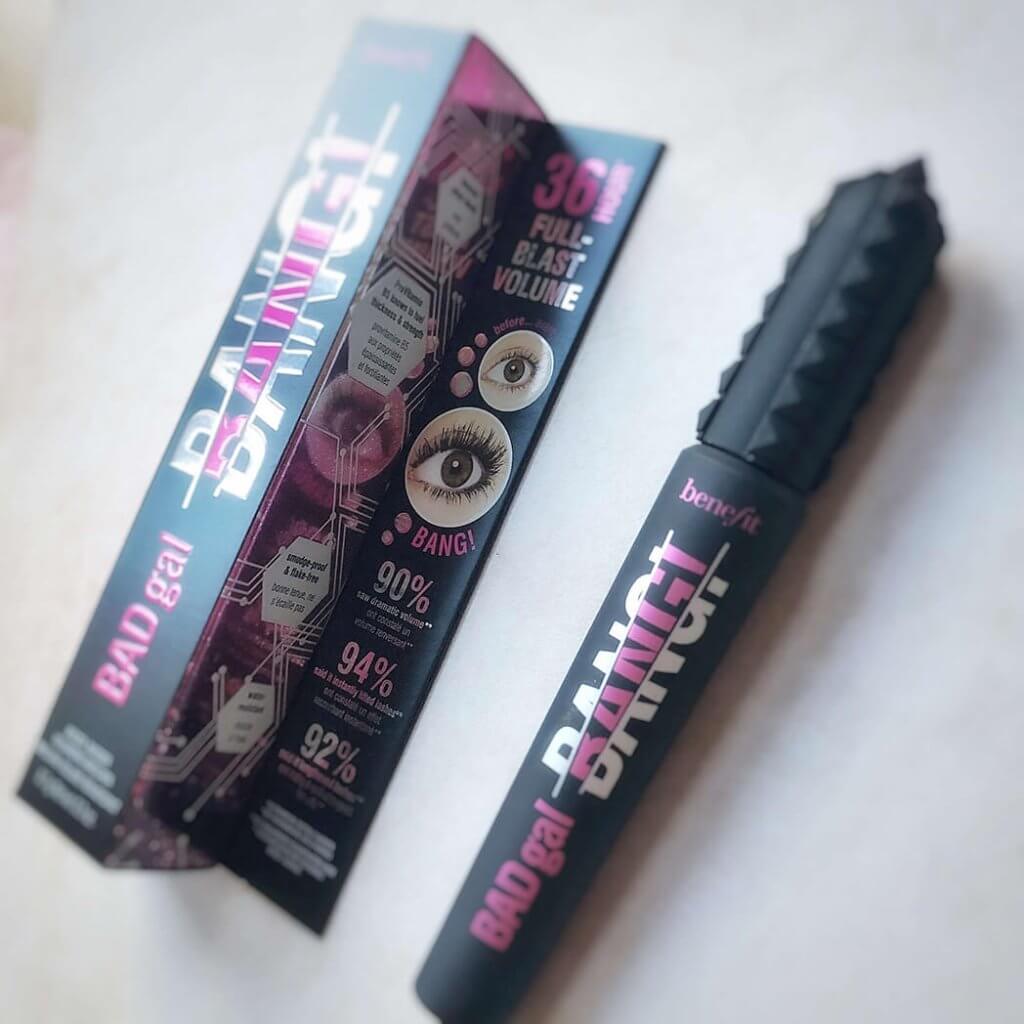 The first time I tried it, I wasn’t too impressed. Although I did try it on over a mascara that I had been wearing for a few hours already. It’s supposed to be lightweight enough not to clump over another mascara, but no. That just didn’t happen. It clumped all over the place and came off in clumps and flakes when I was taking it off that night.

But, then I tried it again and I’m loving it. It clumped a small bit when I was putting it on – but I always find that with a new mascara. A couple of strokes later and my lashes were full of volume, super black and a lot longer. I’m lucky enough to have long enough lashes naturally (literally the only thing long about me), but the mascara looks fab on.

The brush is nice and neat, it’s thin and narrow so every little lash is coated. Ideal. 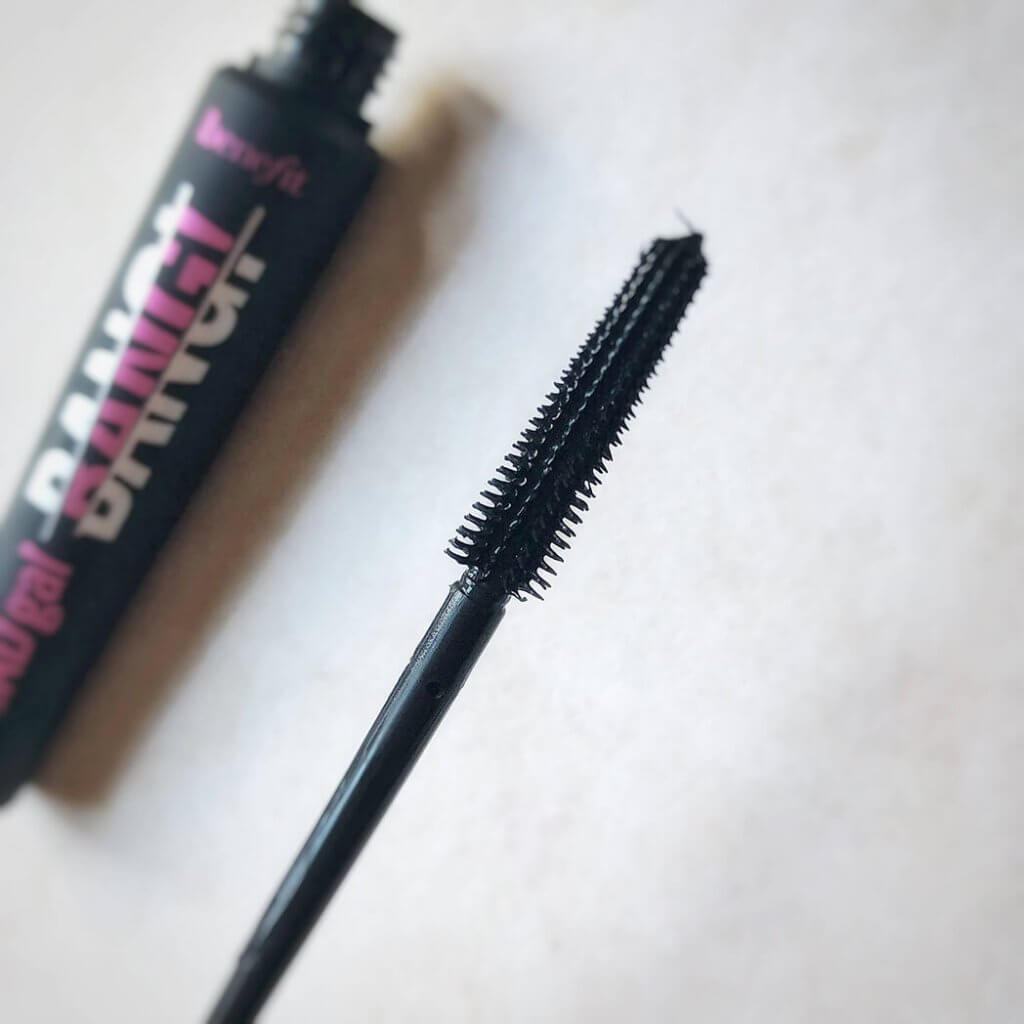 After wearing it for a while, it transferred slightly on to my brow bone. This seems to happen to me a lot, it could be just because my lashes are long so that they’re literally always rubbing off my brow bone. Not that I’m bragging or anything but…

I usually use the Benefit They’re Real mascara, and the only thing I don’t like about it is how hard it is to remove. This is a whole lot easier to take off!

You can see that it’s a little clumpy, but it’s not half as obvious in real life. The difference it makes it ridiculous!

I’m not loving it just yet, but it’s growing on me and it’s only a first impression after all! You can pick it up here and you can try out the mini here.