If you know me, or even if you’ve visited this blog before, you probably know that I’m a massive fake tan fan. I’ve no problem leaving the house without makeup, but when it comes to strolling around with no tan on, that’s a different situation altogether. In that, it just would never happen. Usually, for normal days, I’ll slap on (or carefully apply, realistically) some Iconic Bronze and I’m good to go. But if I’m going out, or have something special coming up, I’ll switch to a different tan. The same way in that I probably wouldn’t wear my everyday foundation on a night out. Over the past couple of years, my ’special occasion’ tan of choice has been Bellamianta, specifically their Ultra Dark or dark mousse. But now, since I’ve tried Bare by Vogue, things have gotten a little more complicated. So, I thought I would compare the two, and see who comes up on top.

After seeing SO many reviews on this, I finally bought it recently and it’s safe to say it didn’t disappoint. It applies like a dream, smells good, doesn’t feel sticky on the skin. More importantly, it has a gorgeous golden shade and lasts perfectly. Couldn’t be better, really. Except that it’s not a shade I would call ultra-dark – but I think I’ve found my new go-to tan.

The overall colour was even, and it looked natural enough – without that orange tinge that sometimes comes with an ultra-dark tan. I probably would go as far as two layers for a big night out (which hopefully isn’t too far in the future!) but I’m still so impressed by the stunning, golden colour. Another thing I will say it that the colour doesn’t rinse off as much in your post-tan shower. Because honestly, there’s nothing worse than seeing that gorgeous colour go straight down the drain.

Since the first time I tried Bellamianta, I’ve always been a big fan of their products. Their Ultra Dark mousse goes on super easy, just like the other Bellamianta mousse. It feels fab and dries quickly. But also not so quickly that I was trying to blend like a mad woman. The guide colour isn’t super dark, more like a glow than anything, so I wouldn’t exactly say that it’s ready to wear. I love this tan, it leaves a gorgeous colour on your skin without any orange tint.

But the downfall comes when you rinse off that initial layer. It’s yet another Ultra Dark tan that I wouldn’t count as Ultra Dark. At this stage, it has to be something with my own skin that dark tan doesn’t show up as dark, I’m just going to have to go with two layers and not complain.

All in all, I’d easily buy this tan again and again. Simply because it goes on like a dream, looks fab and lasts pretty well too. My only complaint is that it’s not that dark, but again, that’s probably me so I won’t give out too much!

If you’re a fan of fake tan, in particular a mousse that won’t give you any hardship, you’ll love both of these tans. They both apply like a dream, don’t stink up the place or wreck your bedsheets, they leave a STUNNING shade of tan on the skin, and they’re both pretty long-lasting (as long as you take care off them) wear off evenly and aren’t a nightmare to take off. I adore them both, but if I really had to choose between them, I’d have to go for Bare by Vogue. Plus, it’s slightly cheaper too, which is always a bonus. 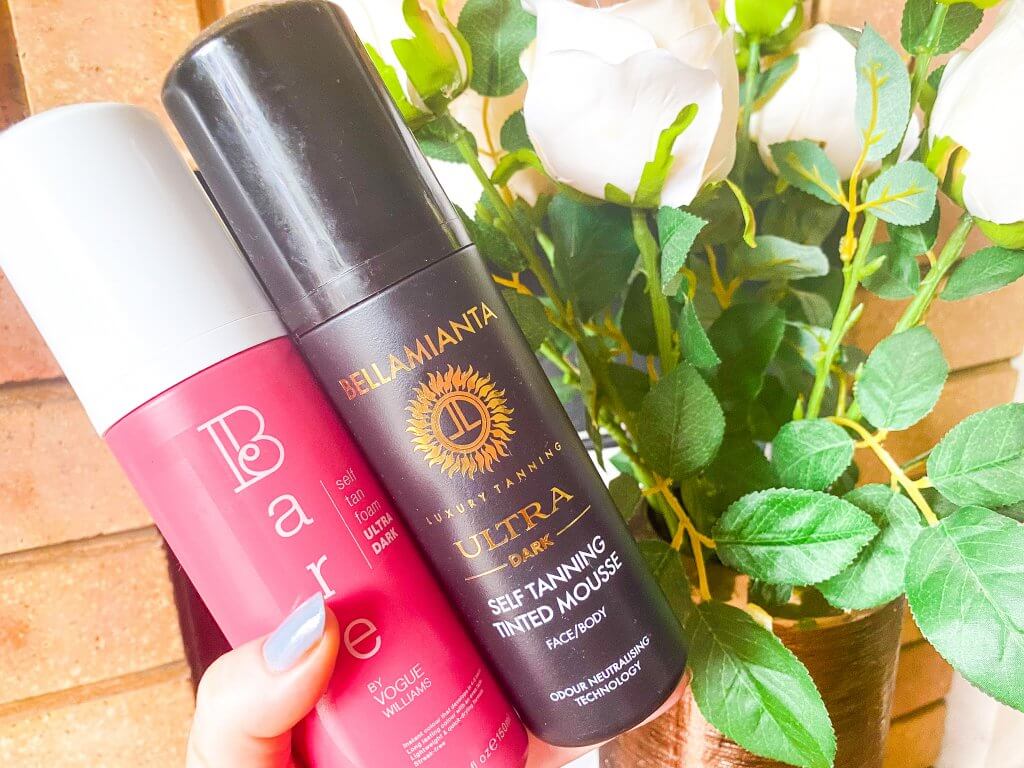 Five Of The Best Beauty Products For Under €10

5 Of The Best Beauty Products Under €20