Another ‘8 Things I’m Obsessed With Right Now’, the title is fairly self-explanatory, so I’m just going to jump right into it! I’m surprised that I’ve gotten to the second one without it turning into just a long list of food ha!  I love posts like this, basically because I’m so nosey! So if you like having a bit of a nose, then keep reading.

A lil’ birthday present to me, from me! I’m obsessed with these Zara boots. The second I seen them online I was literally in love. The first day I decided to wear them, my heart actually broke. They were the most painful pair of shoes I have ever broken in. 100 times worse than any pair of heels! But now that they’ve been broken in, they’re so comfy and I’m completely obsessed all over again.

2. The Sinner on Netflix

I’ve finished The Sinner on Netlix, so if anyone has any recommendations let me know. I became obsessed with The Sinner. It’s actually amazing, you’re going to need to pay attention to it because it’s so intense. If you haven’t watched it already, go watch it right now. You literally will not be disappointed. 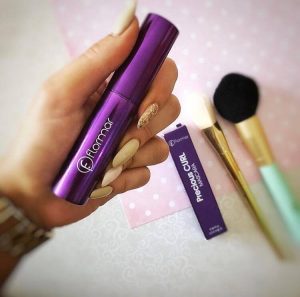 4. That I Won’t Be Working in Retail This Christmas

Iconic Bronze has taken over from Cocoa Brown for me lately. It’s around the same price and it’s GORGEOUS on. Their lotion has been my go to lately, so when I seen they were bringing out a mousse I was all over that. I picked it up the mousse the other day and I am love love loving it so far. The colour is fab and so easy to put on, it fades a lot nicer than Cocoa Brown too. 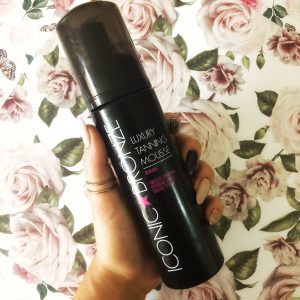 I LOVE Christmas. More so Christmas time than Christmas Day sometimes. Just the lights, the music, the whole Christmas vibe!

I’ve tried a good few LA Girl bits at this stage and I haven’t been disappointed with any of them. This is highlight is blinding! It’s not for the faint hearted. It has more of a white glow to it, so whenever I’m ordering next I’m definitely going to try out another shade. It’s gorgeous on and lasts quite a while, but the only thing is it’s not as noticeable at the end of that. Saying that though, that’s after it’s been on for 14 hours. It’s the only highlighter I’ve been reaching for lately, so fab. 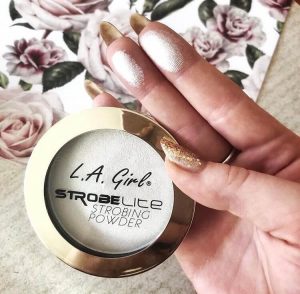 8. Throwback Songs That Make my Commute a Little Easier

I use to have a 10/15 minute walk to work, since I’ve started my new job that’s a whole lot different. I’ve a bit of a commute now so anything that makes it easier helps. I’ve been all about the throwbacks lately and they’re literally making my commute SO much easier. Britney, The Corrs, Sugababes, I’m all about that life. Again!

*I was sent out some LA Girl bits by TRND Beauty to try out, but I wasn’t asked to post/write about them. I had already bought (and loved) a few LA Girl bits beforehand so of course I jumped at the chance to try more.