I love a bit of high end makeup, MAC, ABH, Urban Decay, like if I actually had money (which is a rare thing at this stage!) and I’m near makeup counters I’d be dangerous. But I do love a nice little bargain too. So I put together a list of ten fab beauty bits under a tenner – well, I think they’re fab anyway. There’s a good few things in this list that I’ve bought over and over again and that I’ll continue to keep buying. Little beauty gems that don’t cost a fortune are just my fave.

I’ve been using this mascara for a while now and I’m just in love with it. It’s €9.95 and has everything you want in a mascara. It’s lengthening, curling, volumising, stays put and it’s easy to take off. Mine actually smudges a small bit, but my lashes are long enough and my makeup does be on for 14 hours. So I’ll easily put up with a small bit of smudging for everything else that goes with it. I compared it to Benefit’s ‘They’re Real’, you can take a read of that here. 🙂 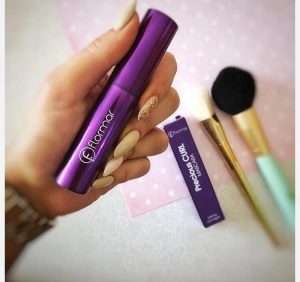 Another Flormar one, but their products are AMAZING for how cheap they are. They’re concealer has amazing coverage, doesn’t feel too heavy on and doesn’t crease. The only thing I don’t like about it is that I think it runs out quite quickly. But for €5.95 you definitely get your moneys worth, and more.

I’m not a massive fan of Suzanne Jackson, like fair play to her and all but she’s not really my cup of tea. Although I did really like her contour palette. When it came to the lashes at first, I didn’t like them at all. I thought they were heavy and that they didn’t bend to suit your eye shape too easily. But I’ve been wearing the London lashes (from Penneys) and I’ve completely changed my mind. I am now OBSESSED with them. 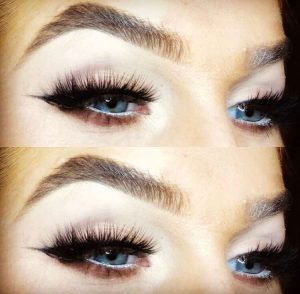 I was sent out a few LA Girl bits from TRND Beauty a while ago and the Lux Eyeshadow was one of them. I do my makeup on the train in the mornings now so the little size of this palette is so handy. They’re fairly pigmented, but if you want a dramatic look maybe go for something else. These are just ideal for bright, every day kind of eyes. I’ve actually been using the LA Girl eyeliner pen almost every day since I got it, it’s SO SO good. It’s not under a tenner but if you’re getting anything by LA Girl it’s 101% worth a buy.

Okay so it’s actually a little soap for beauty blenders, but it does the same job for brushes too. Not great for big brushes, but for any eyeshadow brushes it’s ideal. It’s so handy, makes cleaning your brushes so easy and smells fab too. Plus it’s only €2.50. Take a look at it here.

Another Penneys buy for €6. This moisturiser feels amazing. I really don’t know much about skincare, this could be like acid for my face for all I know! But it really does feel fab going on. It’s so cooling and can basically feel your skin soaking it up. My momma and sister loved it too. For less than the price of a spice bag, it’s worth a try! 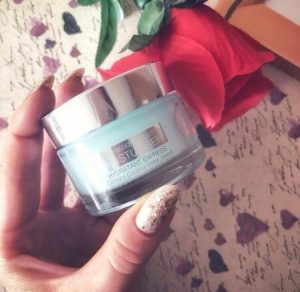 An oldie but a goodie. I really don’t think anything else takes off my tan as well as Tough Stuff. I’ve been using it for years and haven’t strayed from it at all. Although I’ve kind of gone off Cocoa Brown tan itself, I don’t think I’ll ever stop buying this.

I was talking about this lipstick in a bit more detail in my LOV Cosmetics review, so have a look at that for a bit more info’. It’s not the best lipstick I’ve ever tried, but it’s so worth the price that it is. It’s €8.99 as far as I remember. It feels fab on, as in not drying at all and the colour is amazing. It just doesn’t last as long as other lipsticks. 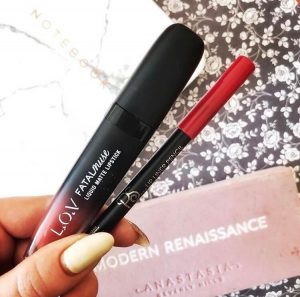 I’m sure everyone knows this at this stage, but the Penneys lip liners are AMAZING for €1.50. Like, amazing. I think I’ve one in every colour at this stage. So if you haven’t tried them yet, pick up at least one the next time you’re in Penneys and see if you like it. Really can’t go wrong for one fiddy.

Another one from LOV that I was talking about in the last review. I’ve never tried an eyeshadow like this before, it’s a loose pigment but there’s no mess because it’s magnetic. The pigment is insane and it’s so easy to use. Click here to see what it’s like on. This one is over the ten euro mark so I cheated a little bit, but it’s only 95 cent over so really, it’s basically a tenner. 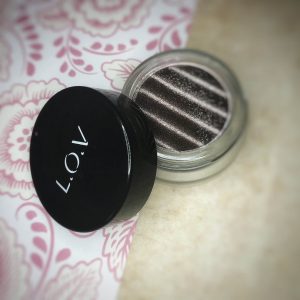 Like for ten amazing things that you’d get so much use out of, that’s less than €70 altogether. Great little stocking fillers for this time of year or something to treat yourself to, without the guilt too!

** I was sent out these beauty bits to try but I chose myself to write about them – I wasn’t asked to write/post anything and it’s all my own, 100% honest opinion as per.